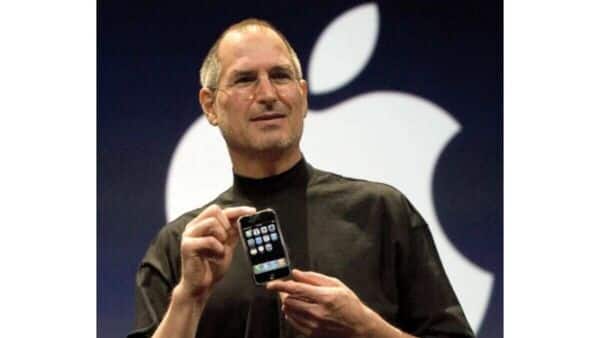 On January 9, 2007, then Apple CEO Steve Jobs unveiled the iPhone — a touchscreen mobile phone with an iPod, camera and Web-browsing capabilities, among other features — at the Macworld convention in San Francisco.

The device had a touchscreen, a 2MP camera, visual voicemail and a web browser. The iPhone was released in the US in June 2007 at the price of $499 for the 4GB model and $599 for the 8GB model, both requiring a two-year contract.

Now, the fully-packed original iPhone (8GB) has been sold for $35,414 at an auction, reports ZDNet.

The auction house, RR Auction, said that the iPhone box features a life-size image of the iPhone with 12 icons on the screen.

The device was up for auction as part of RR Auction’s curated “Apple, Jobs, and Computer Hardware” auction, which featured more than 70 items up for bid, and closed on August 18.

The auction also featured an Apple-1 circuit board, hand-soldered by Apple co-founder Steve “Woz” Wozniak, that was sold for $677,196.

Meanwhile, Apple is set to launch the iPhone 14 series along with other devices and products in the first week of September. According to Bloomberg’s Mark Gurman, the Cupertino-based company may bring its new devices on September 7. Ahead of the launch, existing iPhone models have received a price drop on e-commerce platforms Amazon and Flipkart. Apple iPhone 13 is listed at a discounted price of ₹65,999 on Amazon after a 17% off on its original price. Similarly, the iPhone 11 is available at ₹41,999 on Flipkart. The smartphone has got a discount od 15% on the original price tag of ₹49,900.

(With inputs from IANS)