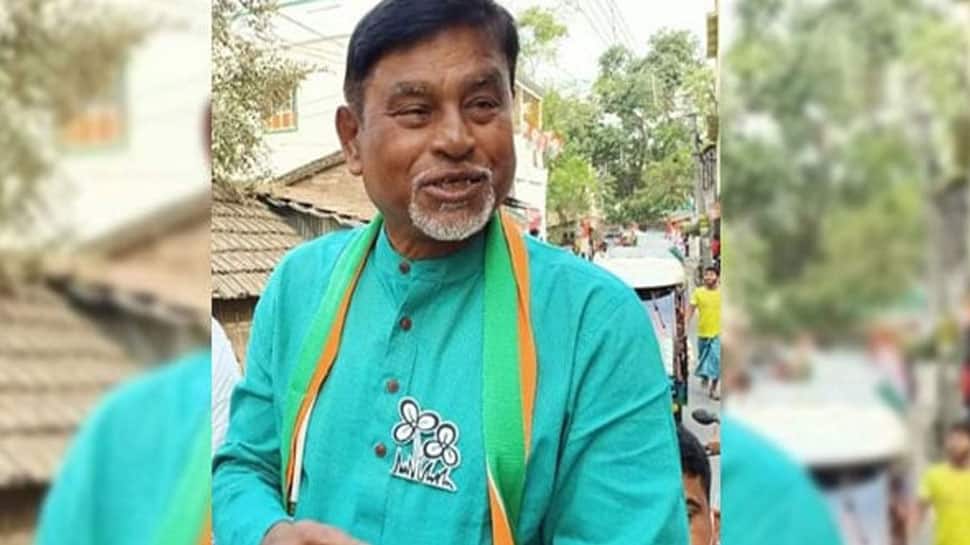 Kolkata: Trinamool Congress (TMC) MLA Manik Bhattacharya, who was arrested by the Enforcement Directorate (ED) in connection with the West Bengal teacher`s recruitment scam, has been remanded to 14-day ED custody. The high-profile TMC MLA will now be presented before the same court on October 25. After his arrest on Tuesday, Bhattacharya was taken to ESI Hospital at Joka on the southern outskirts of Kolkata for a medical check-up and from there he was presented before a lower court in Kolkata.

While he was being presented at the court on Tuesday, the people present addressed him as a thief and some of them also showed him their shoes. Even after he was taken within the courtroom, a group of protestors continued with their demonstrations within the court premises clapping their shoes and shouting slogans claiming that all in Trinamool Congress are ‘thieves’.

In the court, ED`s counsel claimed an amount of Rs 2.64 crore has been tracked from the bank account of a company owned by Manik Bhattacharya`s son.

“The said company had an agreement with Bengal Teachers` Training Institute. The Central agency sleuths have traced agreement and transactions of the said company with a number of bachelor of education colleges in the state which needs to be probed further,” the ED counsel informed the court.

During this argument, the ED counsel questioned what would be the future of the state where ineligible candidates have been recruited as teachers and many of them teaching currently. “The eligible candidates are still protesting on the streets of Kolkata. Despite being eligible, they did not get appointment letters since they could not pay for their appointment,” he said.

Meanwhile, ED sources said that from the mobile phone of Bhattacharya, the ED sleuths have some WhatsApp message exchanges with two numbers one saved in the name of “RK” and the other in the name of “DD”. “Such conversations were regarding the final merit list in recruitment. Now we are trying to track the persons against whom such numbers were registered,” an ED official said.

Welcoming his arrest, the BJP`s state spokesperson, Samik Bhattacharya said that the central agencies are moving in the right direction and slowly more heavyweights in the case will be netted. The CPI(M) central committee member, Sujan Chakraborty said Manik Bhattacharya`s arrest was inevitable. “He was trying to evade the arrest by adopting a number of techniques, but ultimately could not avoid that,” he said.

Meanwhile, Trinamool Congress`s Rajya Sabha member, Dr Santanu Sen said that although the party does not have any comment to offer on the development, they want the central investigative agencies to complete their investigation as early as possible without dragging it for an indefinite period to give advantage to any political party.