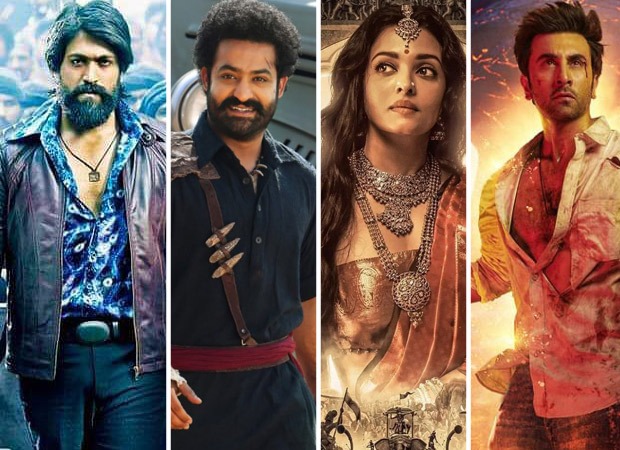 2022 has been a tumultuous year for the film industry, with certain big-ticket films turning copper, while at the same time, films that were expected to fade without a trace emerged as box office successes. However, amid this chaos, certain ventures, namely south films, have proved to be immensely successful. In fact, some releases like KGF – Chapter 2, RRR, and Ponniyin Selvan-1 to name a few have stunned the audience with their box office performance.

In this box office report, we look at the top five highest-grossers at the worldwide box office in 2022. Not surprisingly, the Yash starrer KGF – Chapter 2 that bulldozed other releases has emerged as the highest grosser at the worldwide box office. Collecting a staggering Rs. 1200 cr. KGF 2 has managed to rank over other releases like the Ram Charan – Jr. NTR starrer RRR, which collected Rs. 1100 cr. in second place, and Mani Ratnam’s directorial Ponniyin Selvan-1 coming third with collections of Rs. 456.25 cr. The Kamal Haasan – Fahad Faasil starrer Vikram takes fourth place with a collection of Rs. 432.50 cr. Interestingly, the only Bollywood release to feature among the top five highest grossers at the worldwide box office is the Ranbir Kapoor – Alia Bhatt starrer Brahmastra which collected Rs. 400 cr.

While this list of the top five highest worldwide grosser of 2022 has proved that South releases have quite literally won over the audiences’ favour, the Mani Ratnam directorial Ponniyin Selvan-1 continues to run in theatres and is expected to see its business increase further. Going by trade estimates, PS-1 could close the gap to RRR.