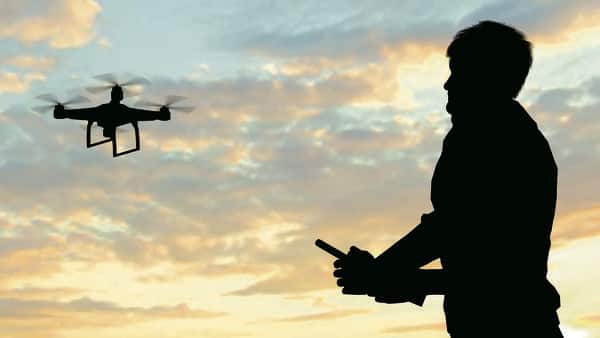 The network will cater to public healthcare services in the district, where on-road medical services are difficult to maintain due to the hilly terrain.

The drone delivery and services network is backed by Samridh Healthcare Blended Financing Facility, an initiative backed by the United States Agency for International Development (USAID) to finance small and medium community healthcare initiatives, and is a part of the World Economic Forum (WEF)’s ‘Medicines From The Sky’ initiative.

The government of Arunachal Pradesh is also a stakeholder in the drone network trial, which will seek to improve access to healthcare services and medicines in the remote district.

In effect, the pilot drone delivery project in Arunachal’s East Kameng district is a continuation of the beyond visual line of sight (BVLOS) drone delivery trials that began in Telangana, in partnership with the WEF. Redwing Aerospace, along with fellow Indian drone manufacturing and services startups such as Skye Air Mobility and TechEagle, were part of eight consortia involved in the drone delivery trials held in Hyderabad, Telangana in September last year.

Himanshu Sikka, project director of Samridh, said that the initiative continues trials in India to improve “supply chain shortcomings” in the healthcare sector.

Vignesh Santhanam, head of aerospace and drones at WEF, added that liberalized drone policies in India has allowed startups and other organizations in the country to “stress test” drone delivery systems, and the initial pilot project in Telangana has offered precedent for more such tests across the country to follow.

To be sure, Indian drone delivery startups have been stepping up commercial pilot projects to offer services in the enterprise sector, even as end-customer drone deliveries remain for the future. In June this year, diagnostics firm Redcliffe Labs began the first phase of drone usage — to ferry collected medical test samples from the hilly Uttarkashi district of Uttarakhand, to the state’s capital city of Dehradun.

At present, the average on-road time to travel between Uttarkashi and Dehradun, a distance of around 140 kilometres, is over six hours. During its announcement, Redcliffe said that using drones would reduce this time to around one hour and 20 minutes around one-fourth of the time. Eventually, Redcliffe plans to ramp up its drone operations between the remote district and its laboratory in Dehradun to three flights a day, which would allow the company to also offer a wider range of diagnostics services in the region.

Ankit Kumar, chief executive of drone startup Skye Air Mobility, told Mint in an interview on May 25 that the company is part of “85%” of healthcare drone trials in the country. He added that drone deliveries, even beyond healthcare, could be “up to 30% cheaper and will take 80% less time” than conventional methods.

The adoption of drones has also been growing in sectors such as defence. On 8 August, the Drone Federation of India signed a memorandum of understanding (MoU) with the Army Design Bureau, a division operated by the Indian Army, to indigenize and custom-develop drones for usage in various applications with India’s defence forces.