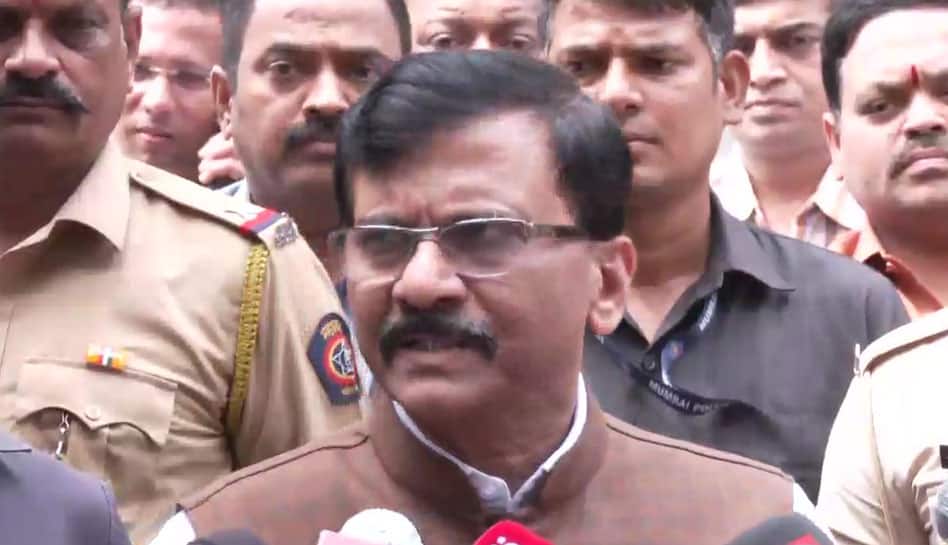 Mumbai: Shiv Sena Rajya MP Sanjay Raut, who is currently in custody, has asserted that he will never betray his party president Uddhav Thackeray, who he described as his ‘Senapati’ (commander) as he vowed to return to his family members soon. Raut said all this in an emotional letter written to his mother in which he vowed that he will never desert his party and Shiv Sena chief.

The letter, which was shared on social media, was written by him on August 8, sitting on a bench outside the court after he got judicial custody – a week after his arrest on August 1 by the Enforcement Directorate (ED).

In his letter, Raut recalled how his mother – Savita R Raut – had sat stoically near a photo of the Shiv Sena founder, the late Balasaheb Thackeray at their home, when the ED team raided their home (July 31), and how she finally lost composure and broke down when the sleuths took him away that evening.

“You gently rebuked me… started crying… I heard your cries above the roar of hundreds of Shiv Sainiks raising slogans outside, came outside and waved to them, told me to `come back soon, and kept your hand raised till the (ED) car went out,” Raut mentioned in the letter.

Promising to come back, Raut told his mother that thousands of jawans guard the borders for months before going home, some never return… but wars are ‘like this.’ “Even I am fighting against injustice, I will never bow before the enemies of Shiv Sena, meaning Maharashtra, that`s why I must remain away from you… Haven`t I learnt this from you,” Raut asked?

In his letter, Raut recalled how his mother referred to Shiv Sena chief and the painful exits of Chhagan Bhujbal and later Narayan Rane, and four months ago Eknath Shinde. She even asked him “you wondered why these people left, what did they not get (in Shiv Sena) a and urged me to do anything to save the party,” Raut wrote in the letter.

Raut stated that in order to save the party, a struggle was necessary and as ingrained by Mom, he committed himself to “never deceive the Shiv Sena or Balasaheb Thackeray”. “Uddhav Thackeray is my dearest friend and my ‘Senapati’ (commander). The party is facing a major crisis… If I betray him at such a critical juncture, what face will I show to Balasaheb?” he wondered.

Raut said this is no time to lose morale or surrender, or, how would he step outside in the people, and as taught by his Mom, he would “never go on the knees due to the fear of the ED, IT, etc, which rattled many MPs, MLAs and they abandoned the party”. “I don`t want my name in the list of `cheats`. Someone has to remain firm. I have the courage, given to me by Balasaheb and You,” he said.

Raut, while stating that everybody knows the charges against him are fake and cases are false, alleged that “many were terrorized or threatened at `gun-point` to make bogus statements against me”, and he was even advised to dump the Thackerays.

“Such things even Lokmanya Tilak and Veer Savarkar and many others had undergone. Many Shiv Sainiks sacrificed themselves for the party. Now, when the same Shiv Sena is facing trouble, how can I quit the battlefield like the other leaders?” Raut asked.

He rued how Maharashtra has gone to the hands of wrong people who want to destroy the state`s pride and existence, and much is going on behind the scenes, “but how can we afford to bend our heads or tie our hands like slaves”.

Raut said he had just heard that even Congress leaders like Sonia Gandhi, Rahul Gandhi or Nationalist Congress Party`s Rohit Pawar, are being similarly targeted, “but all this will spark a new revolution and Democracy will take a re-birth”.

“Just as you are my Mom, the Shiv Sena is the mother of all, I was under pressure to betray her, warned not to speak against the government or face consequences. But I was not cowed down by such threats and pressures, which resulted in our separation. Don`t worry, I will come back. Till then, Uddhav and other Shiv Sainiks shall be your sons. Take care!” Raut signed off.

The Sena MP was nabbed in an alleged money-laundering case in the Patra Chawl redevelopment case, and his custody has been extended till October 17, even as the party got a new name and symbol (Flaming Torch).