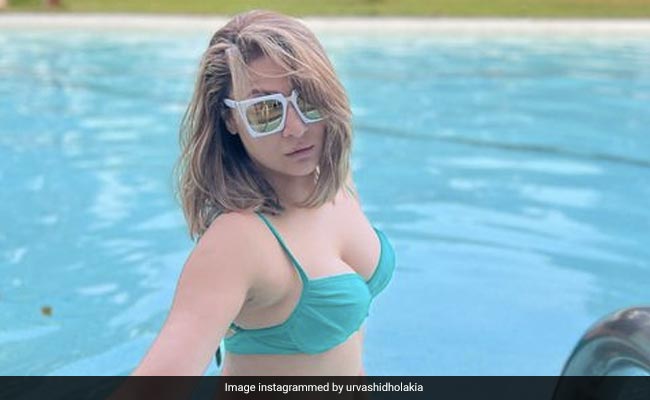 Actress Urvashi Dholakia shared a set of pictures of herself from her pool session on her Instagram, on Thursday. The 43-year-old actress accompanied the post with a long note on body positivity and “embracing womanhood.” Urvashi Dholakia began the note with these words “Embracing womanhood. From time unknown, women have been judged. From how they look, to what they wear and how they behave. The sheer pressure of being picture perfect is something I have defied at every step of the way coz I as a woman have all the right to be myself, wear what I want, do what I want and live my life exactly the way I want! My dignity and self respect is rightfully earned by none other than myself! I don’t need no validation.”

The Kasautii Zindagii Kay star added in her note “Our bodies change each passing day and we don’t need to be judged for our shapes and sizes because a woman is where life originates from and that is the biggest asset I’ve had the pleasure of owning.”

Urvashi Dholakia became a household name after she played the role of Komolika in the first edition of Ekta Kapoor’s popular TV show Kasautii Zindagii Kay.