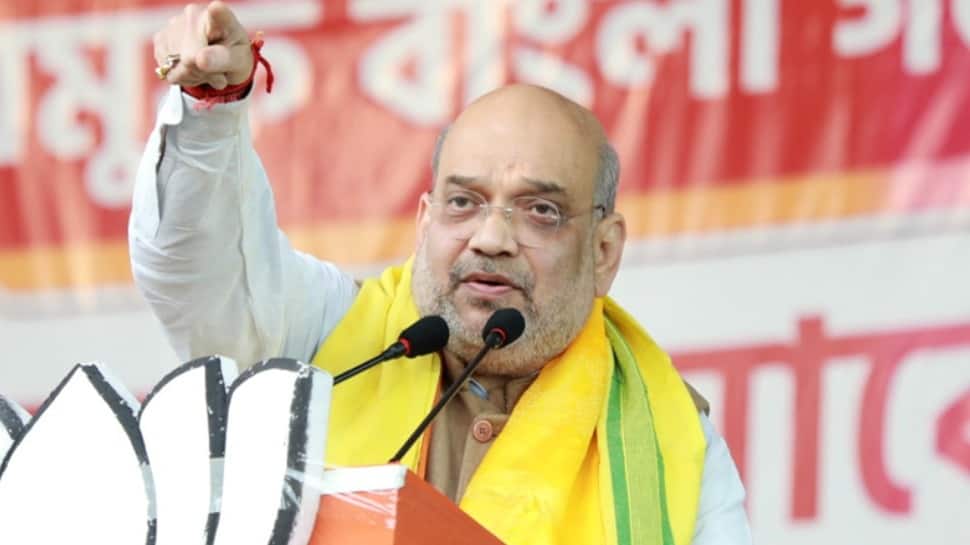 Guwahati: Union Home Minister Amit Shah on Saturday sought five years’ time to fully solve the perennial flood problem in Assam and said the government is striving to make the natural calamity a part of history. Addressing a BJP workers’ meeting after inaugurating the party’s newly constructed state office here, Shah said an “ambitious” flood mitigation project is being prepared at the moment.

“In the BJP manifesto, we had promised an Assam free from terrorism, corruption and flood. We’ve already achieved the first two. Give us five more years, we’ll make Assam free from flood,” he said.

Shah stated that he has already discussed the problem at length with the various stakeholders on Friday evening, and “an ambitious project” is being prepared under the aegis of the North Eastern Council (NEC).

“In five years, the flood will be history. Prime Minister Narendra Modi is determined to make Assam a flood-free state,” he said.

During a meeting on Friday, Shah had asked the Assam government to devise a long-term plan to protect the northeastern state from flood so that more development can take place.

The union home minister also stated that his party believes in strengthening internal security so that laws like Armed Forces (Special Powers) Act, 1958 (AFSPA) are not needed in society, and its application has already been withdrawn from around 80 per cent of the northeastern region.

“AFSPA is protection for army and security forces. Rahul Gandhi had announced that AFSPA would be withdrawn if his party’s government comes to power. I had said that security forces need to be strengthened,” he said.

Taking a dig at the Congress’ ongoing ‘Bharat Jodo Yatra’, Shah claimed that former Prime Minister Jawaharlal Nehru had said goodbye to Assam during the 1962 India-China war, and the grand old party “had forgotten” that northeast (NE) even existed.

“This region is three times the size of UP and it was full of separatist and insurgent movements. The Congress watched silently the attempts to break NE. Only Modi worked for this place and united the NE.

“The Congress and those who went for (its) ‘Bharat Jodo Yatra’, please listen. This is an example of how northeast was united without giving a single lecture. Northeast is a ‘Bharat Jodo’ example set by Modi,” he added.

Shah asserted that Assam stayed with India during the partition due to the efforts of former Chief Minister Gopinath Bordoloi.

“The Congress destroyed the northeast. Hundreds of groups were formed to work against India. In 2014, a change took place and the Narendra Modi government came to power. It is Modi who spent lakhs of crores to develop the region,” he claimed.

The union home minister stated that several big-ticket infrastructure projects were implemented in the northeast in the last eight years and the development works united the region.

“Thousands of youths had earlier taken up arms in NE. Bandhs and agitation were routines here, and development was stalled. Today, it is known for peace and development,” he asserted.

The government is also on track to fulfil its target of paddy procurement from Assam at the minimum support price (MSP) and setting up of medical colleges in each district of the state, he added.

Enforcement agencies must destroy all channels of drug trafficking

Addressing the regional meeting on ‘Drug Trafficking and National Security’ here, the home minister said under ‘Azadi Ka Amrit Mahotsav’, a target to destroy 75,000 kg narcotics was set but under the leadership of Prime Minister Narendra Modi, so far over 1.5 lakh kg narcotics has been destroyed, which is more than double the target set.

He said, the prime minister has a dream to make the country drug-free and for this, coordinated effort is necessary between central and state agencies.

The security of the nation can only be ensured if drug trafficking and all related channels are destroyed as insurgency, arms smuggling, and other anti-national activities are linked to trafficking, he said.

“Insurgency along with arms trade and drug trafficking are two sides of a coin,” he said.

Chaired a meeting with the CMs and DGsP of northeastern states in Guwahati, Assam.

In the line with PM @NarendraModi Ji’s vision of a ‘Drug-free India’ approx 40000 kg of narcotics were destroyed in the northeastern region under a special campaign against drugs. pic.twitter.com/7OmKO8ATia
— Amit Shah (@AmitShah) October 8, 2022

Modi govt has adopted a zero-tolerance policy towards drugs.

Urged all CMs that it is not an issue of the Centre or state but a national issue, so the efforts to deal with it should also be national and unified. Stressed upon using Forensic Science Laboratory and technology. pic.twitter.com/TEHPsqUhLo

The home minister urged the law-enforcing, health, revenue, and social revenue departments to adopt a twin-pronged approach for ensuring that drug trafficking is stopped.

“We must be harsh with the traffickers while at the same time the victims must be dealt with sensitively,” he said.